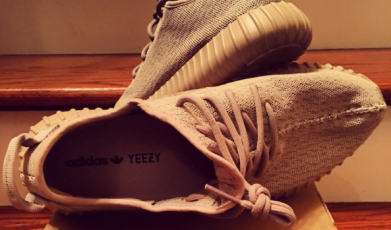 Kanye West has come out the gate in 2016 on a mission. He’s revived his G.O.O.D. Friday series of single drops in anticipation of his album “Swish” due to release on February 11th. It’s no secret that Mr. West has long been known as one of the game’s premier rap artists and music producers. Since dropping “Yeezus” in 2013, he has been quiet musically not releasing an album or EP since then. In the interim, he’s done a little of everything else becoming a husband to Kim Kardashian, a father twice over to North and Saint West, as well as a go-to in the fashion world.

Listen to more about this topic on the GreenLabel.com Report at the 9 min mark:

He split (rather loudly) with Nike and signed with adidas. Most recently, his signature line of Yeezy Boost sneakers have been arguably the hardest sneaker to get that actually hit retail shelves. One of West’s latest singles, “Facts,” talks all about it so make sure to listen if you haven’t already. I had a conversation with Mississippi State assistant, Elena Lovato, about the scarcity an event this weekend. Shortly thereafter Tennessee assistant, Jolette Law, commented on the shoes as well.

As popular as the Jordan Brand Collection of shoes have been, Kanye has a valid point about his shoes jumping over the Jumpman.

With an original suggested retail price of $200, current prices on the newly released Yeezy 350 Boost (Tan colorway) low top sneaker have climbed to $1,500 per pair on reseller VIP Exclusives. The black and turtle dove colorways of the 350 Boost which were released earlier in 2015 are going for $2,500 while the 750 Boost hightop version has a price point of $3,500. Even the OVO Jordan 10’s that were released in limited supply late last year can be found around $550 per pair right now.

If you got your hands on a pair like Buford High volleyball star Avery Cason, did before the prices skyrocketed congratulations.

We were fortunate enough to get our hand on each of the four low top versions before they left the retail shelves avoiding the expensive headache of trying to find them through a reseller. Here’s a look at the shoes:

#SoleFlow | #YeezySeason (Part II) 🎅🏾🎄 “You knew after yesterday’s Part One, there had to be a Part Two.”

Brandon Clay is a contributor to PSBPopCulture.com through his various genre reviews. A self-professed entertainment & music junkie, Clay has been on his game since picking up his first Nintendo and Sony Walkman in the early 90’s. Adding in a SLAM (Basketball) Magazine subscription in the late-90’s had him setup up for lifelong success. You can follow him on Twitter @psbpopculture.