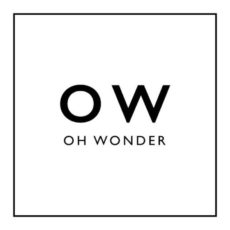 Oh Wonder released their debut self-titled album after dropping a song a month from their in-home studio in London, England that they compiled into a full body of work.

I’m ashamed to say this album slipped right by me. I listened to their single, “All We Do” on XM a while back but didn’t even think to listen to the rest of the album. Rookie move on my part. In the past ten days, I’ve played it front to back 20+ times. For the record, I blame both Anna Grace Smathers and Rob Hicks for not giving me the drop months ago. That said, it’s always nice to find a complete album like this late and feel like you finally joined the rest of the music world.

***Disclaimer: I thought this was awesome. They invited five dancers to audition for our music video. What they didn’t know was that they were actually starring in the video! Watch below to see what happens…