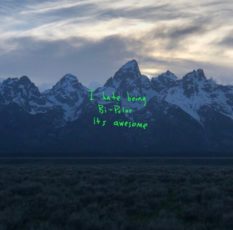 As the leader of G.O.O.D. Music, Kanye West is in charge of marketing for an entire team of quality artists including himself. The 2018 theme is seven-track albums for releasing throughout the summer for the whole crew all executive produced by West himself. He’s in Jackson, Wyoming putting together the music. West’s personal album is the second one in the string of releases. As we’ve come to expect from ‘Ye, the music is a bit scattered at times especially early in the album. By the time we reach “Wouldn’t Leave,” Kanye settled into his bag delivering the type of sample-infused production that made him a star musically early in his career. 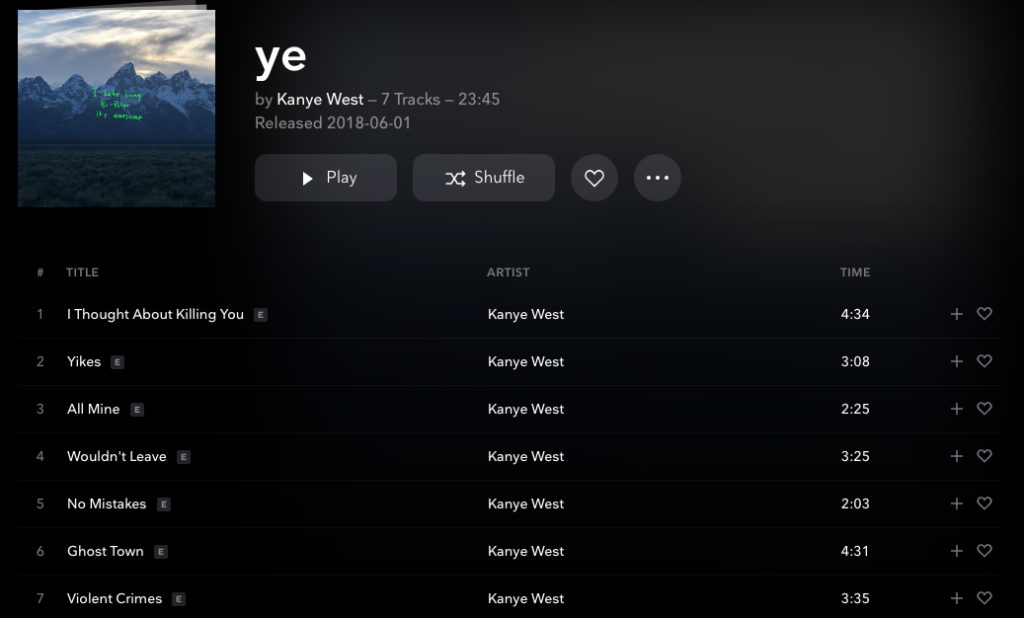 1) No Mistakes (vintage Kanye here)
2) Wouldn’t Leave (PND, Jeremiah and Ty Dolla $ign all jumped on this)
3) Ghost Town
4) Violent Crimes (the singing on this one is fantastic, guest appearance by Nicki)
5) All Mine
6) Yikes
7) I Thought About Killing You (this man talked for 2 minutes to start a 20 min album)