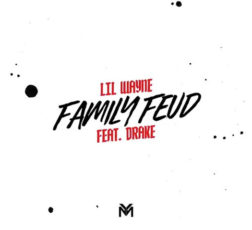 As if it were 2008 all over again, Drake jumped on an unreleased track from Wayne’s latest installment in the Dedication series. The “Family Feud” beat came from Jay-Z’s 4:44 album in 2017 and the release from Drake was timed perfectly after HOV dropped the video release on Friday.

You can tell from some of the content that this verse is fresh out of the packaging and starts the year off right after a relatively slow musical year for arguably the best rapper in the game not named Jay himself.

Favorite Quotes from Drake in this one:

“Super Bowl goals. I’m at the crib with Puff (Sean Combs) and he got Kaepernick on the phone. He’s in a whole different mode.” — direct wordplay on how Jay starts his version mixed with Combs recent declaration that he wants to buy the NFL’s Carolina Panthers

“Tell me if TD Bank is approving loans. I’m thinking of paying Wayne what Universal owes. He spent a whole career going Platinum and Gold. He should own half the label. This is outta control.” — reference to the longstanding battle between Wayne and Cash Money founder Birdman on money owed to Wayne over the course of his career

“Somebody get Larry Jackson on the phone. I need some ownership if we pressing go. Business is boomin’ on behalf of me. I need a bite out of the Apple like Adam and Eve.” — Jackson is the streaming head of content for Apple Music. Drake has a deal with the service to the tune of 20 million but sounds like a renegotiation is in the works.

“…or too long like a sentence from a Philly judge. What’s the point in all the beefing when we really blood?!?” — sounds like a Meek Mill / Drake reunion could be on deck if Meek can ever get out of jail. #FreeMeek

“This pudding taste like the proof. If I ever see Trump, he better salute.”