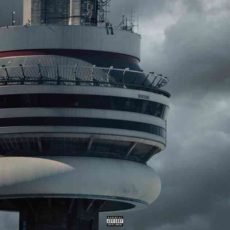 DISCLAIMER: I shared with PSBPopCulture.com Team Member, Jordan “JD” Davis, that I had to split the Drake “VIEWS” album into two separate playlists. I like his RnB songs but “Feel No Ways” in between “U With Me” and “Weston Road Flows” is a little much for me to handle.

Drake is officially an RnB artist who raps occasionally.

That said, the RnB list has 11 songs on it. While we didn’t get a line as transparent as “The one that I needed was Courtney from Hooters on Peachtree I feel like she was always the piece to complete me,” Drake and 40 always team up to make noteworthy songs. Here are my go-to tracks with a favorite lyric from each as well:

For the record, this is my favorite RnB song on the playlist…

“Who is it that’s got you all gassed up? Changing your opinion on me. I was only gone for the last few months but you don’t have the time to wait on me.”

“I’m not unrealistic with none of my women. I tell em if they ain’t with it, then let’s just forget it. Relationships slowing me down, they slow down the vision. Guess I’m not in a position to handle commitment.”

“I had to bust up the silence. You know you gotta stick by me. Soon as you see the text, reply me. I don’t wanna spend time fighting.”

“Last night I came to a realization and I hope you can take it. I’m too good to you, way to good to you.

“You’re just like my sidekick. I just wanna wife ya, fill all your desires.”