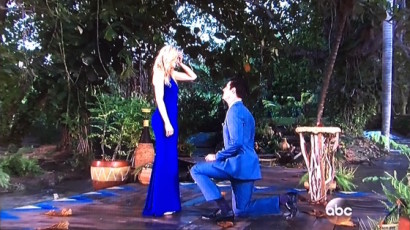 Taylor: We are greeted with Ben telling us that he really, really regrets telling two women he loves them. I just hate it when that happens. This is followed by his annoying “I’m not lovable sob story.” The producers really needed a new story line.

Taylor: Ben’s mom says that he is his biggest critic but I think she is his biggest critic because she is the first one to tell Lauren B. about all of Ben’s flaws. However, his mom is the first one to tell him how crazy he is for telling two women he loves them. At least his mom read The Bachelor rulebook. Ben’s dad describes Lauren B. as polished, so basically she’s uptight and JoJo seems like a good time. Well said Mr. Higgins.

Brandon: Wait a minute. I want John Clay to call my future wife polished. No punchline. That would be the very endorsement I need to make it official.

Taylor: JoJo is so nervous to meet Ben’s parents. It might partly because she has a crappy shell full of flowers as a gift for them. JoJo absolutely kills it with his parents and I’m not just talking about her perfect hair and romper. Ben’s mom is totoally #TeamJoJo, me too Ben’s mom. Maybe Ben’s mom and I can start a petition to make her the bachelorette.

Brandon: JoJo has been slightly uneasy about the process from the jump. Why should this be any different?

Taylor: Lauren says, “What are you thinking about?” to Ben. He replied, “ummmmm you’re beautiful?” It’s evident that he is trying not to piss off the producers and say the wrong thing again. Ben is all kinds of confused on his date with Lauren so he just keeps kissing her while Lauren wants to talk. Typical guy. Ben is equally as distracted on JoJo’s date but a lot less kissing and more just staring off into space. Along with a lot of bathroom floor talk. Both girls panic at the end of the date because Ben is acting noticeably strange. He wasn’t able to tell either of the girls why he was confused about who to pick. If only the girls had the ability to read Ben’s love signs like Olivia.

Brandon: There are shots fired at Ben everywhere in this paragraph. We all know he loves Lauren.

Taylor: Neil Lane makes his annual appearance for Ben to pick out a ring that is a little gaudy for my taste. Everyone and their mom could have figured out that he was picking Lauren with that ring. Not that Lauren isn’t adorable, but JoJo’s fashion on the show has been PERFECTION.

Brandon: Adorable is actually a great word to describe Lauren. The ring fits her figuratively and literally. As an aside, JoJo’s style is so SAUCY. I love it. 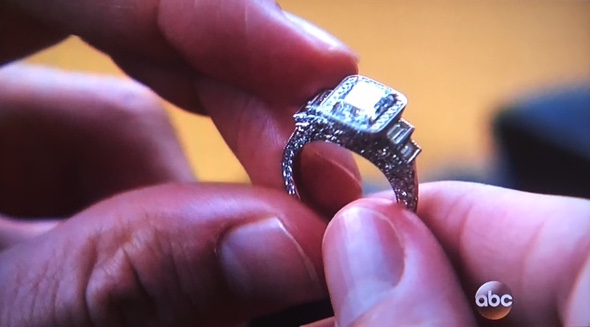 Taylor: JoJo is the first out of the helicopter, and Ben’s face says everything. He literally says “he’s been better” to her when she asks how he is. We all are screaming at the TV for her to be the next bachelorette (including Ben’s mom). Ben rudely let JoJo go on her entire speech about loving him only to break her heart. JoJo takes it like a champ while Ben tries to awkwardly kiss her on the forehead and everyone cringes.

Brandon: JoJo is beautiful. Let’s keep it honest here. Lauren’s connection with Ben has been buzzing since the early stages of the show. This is an easy call in my opinion. JoJo would be an outstanding choice for the next Bachelorette.

Taylor: Ben tries to win back America by calling Lauren’s dad to ask for his permission to propose to his daughter. It worked a little but I am still mad at your Ben for blind siding JoJo. As much as I am Team JoJo, Lauren and Ben are clearly perfect for each other.

Taylor: Everyone on social media, and Ben’s mom, can calm down because JOJO IS THE NEXT BACHELORETTE despite Chris Harrison trying to trick us (never trust him anyway). I am so excited for JoJo to be the next Bachelorette. Juan Pablo has even expressed interest in her season but I think he is banned from the mansion for life. With that being said I cannot wait to see the 25 crazies that sign up to meet JoJo.

Brandon: As for Chris Harrison, I’ll recite arguably the most popular lyric in rap music today “If Young Metro (Boomin) don’t trust ya…”