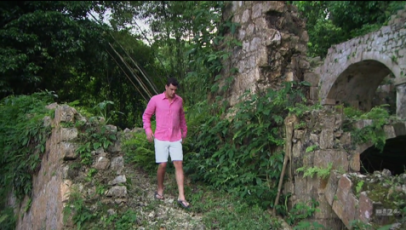 Ben takes the girls to Jamaica this week but first he reviews the three girls and going in he has reservations for each:

Caila: She’s scared to love someone
Lauren: She’s too good for Ben
JoJo: He’s scared of her brothers

TAYLOR: All of these are logical concerns, kinda. Ben walks around Jamaica and climbs walls in flip-flops the entire time. I have this philosophy that men should never wear open-toe shoes, so Ben’s choice of wearing flip flops for every date did not sit well with me. Chalk that up to be another one of my diva moments. Despite the differences in each relationship, Ben decided to take all three girls back to the fantasy suit where the producers so nicely documented the morning after on each date. Classy.

BRANDON: Just because we see the morning after doesn’t mean that anything happened Taylor. It’s a good idea to get as much quality time as possible before making tough decisions. They could have chilled and “chopped it up” all night.

TAYLOR: Caila has the first one-on-one date followed by awkward silence on a bamboo raft down a creepy river. For a second the silence made me think they were in a scary movie being lead to the end of the river where the creepy creatures live. The weird piano music and the terrible date make for a recipe for disaster. Start packing your bags Caila. Caila finally tells Ben that she is in love with him and he goes in for the kiss in a matter of miliseconds. I can only assume because he doesn’t know what to say back so he just kisses her to make her stop talking. America kind of hates her for being too perfect and accuses her of being insincere. I mean would you expose all of crazy on national television?! I know I wouldn’t! Cut Caila a break people!

BRANDON: Yeah. That was rough. She’s been on the chopping block for two weeks. In the words of my co-worker, Christian Simmons, “it’s time for it.” 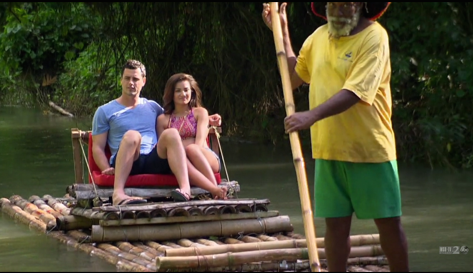 TAYLOR: Lauren gets the next date and her and Ben save baby turtles. Already an upgrade from Caila’s river of death date. Lauren took the turtle saving a little too seriously, we get it but don’t quit your day job to save turtles. Ben and Lauren go back and forth talking about how the other one is too good for the other, barf. She tells Ben she loves him and he TELLS HER BACK. Someone didn’t read the Bachelor handbook. The producers crown him as the worst bachelor ever because now we all know who he picks. They are going to try to spin it like some drama goes down with him and Lauren but do not believe them. Lauren is his girl. 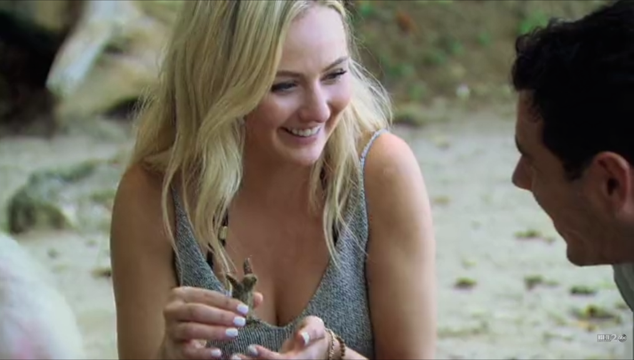 TAYLOR: JoJo has the luxury of following up the love fest date of Ben and Lauren. At least Ben takes her to a nice waterfall. Here JoJo displays her greatest talent yet, jumping off a waterfall without losing her bathing suit. JoJo wastes no time to tell ben that she loves him and he quickly follows up with “I love you too.” At least JoJo knows the Bachelor rules because instead of being happy she says “are you allowed to say that?” JoJo you took the words right out of our mouths. I personally think JoJo is the one too good for Ben, not Lauren; which means she should obviously be the next bachelorette. Ben follows the I Love You conversation with a conversation about being terrified of her brothers. I think that is just a cop out for getting out of telling two girls that he loves them, he is just trying to think of any excuse for why he ultimately chooses Lauren.

BRANDON: I was really happy that she knew he wasn’t supposed to say that. The producers have done a great job of setting up the finale with a kick save of Ben’s love profession to Lauren. That said, JoJo has done a really good job of holding her own. That would be a tough choice if you ask me. 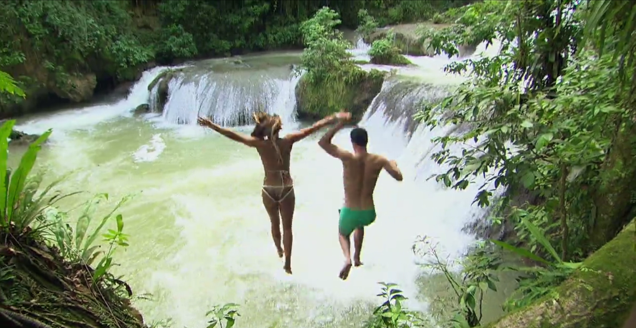 TAYLOR: In typical Bachelor producers fashion, they send giddy Caila over to Ben’s place so she can embarrass herself on national TV. Sorry Caila, you’re the only person he doesn’t love right now. All Caila wanted to do was surprise Ben, but he has a different kind of surprise for her. Ben sends Caila home in tears and America is just glad to see she has another emotion.

BRANDON: The Struggle is so real. Salute to Caila for not spazzing out on Ben. Most people I know (men or women) would have gone off or completely broken down in that scenario.

TAYLOR: Next week is the women tell all episode, which means we get Lace, Jubilee, and Olivia back! Am I the only one that missed the crazies? Let’s hope they don’t disappoint me by being on their best behavior.

BRANDON: Catch me again in two weeks. I just want to know who wins!