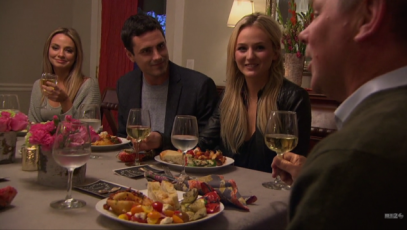 The “Hometown Dates” episode is always my favorite because everyone in the family always has a token crazy person. Unfortunately, this season there were a lot of normal (boring) families on their best behavior. That’s with sole exception of JoJo’s mom but we will get into that later.

TAYLOR: Amanda has the first hometown date in Laguna Beach, Calif., where Ben meets Amanda’s ADORABLE little girls. Even Amanda’s little girls are outfit goals in their mini gladiator sandals. The girls spend the day with Ben at the beach followed by a crying toddler filled car ride to meet the rest of her family later in the night. Amanda’s family has real concerns about Ben being too young to take on the stepdad role. Most of the date was centered around crying toddlers so interaction between Amanda and Ben was few and far between.

CLAY: I could tell Ben thought the kids were adorable (I did too). In a normal setting, maybe Ben would stick around to see how it plays out. In this setting, he has three other extremely attractive women who don’t have ready-made families. I don’t see how this can work. 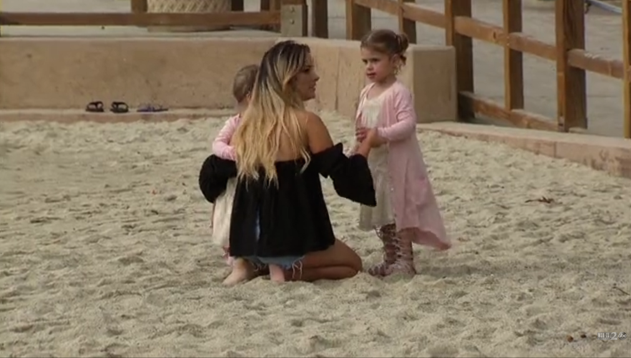 TAYLOR: Ben visits Portland, Ore., to see Lauren B. where she immediately tells America how in love with Ben she is. Lauren’s build up to Ben meeting her family makes me excited, and Ben concerned for the drama ahead. Lauren’s sister grills Ben the most and honestly I think he is a little distracted because she’s so gorgeous so he just awkwardly cries. Again, I’m a diva so a guy crying makes me so uncomfortable. While other girls would think this is sweet, I just cringe.

CLAY: Oh Taylor. Let Ben have his moment. Though Lauren’s sister is attractive, Ben is very into Lauren. That’s been evident since the opening episode and was on display again here. That said, I would cry real tears (of joy) in a room with her grilling me as I envision an all-expenses paid overseas trip with Lauren hanging in the balance. 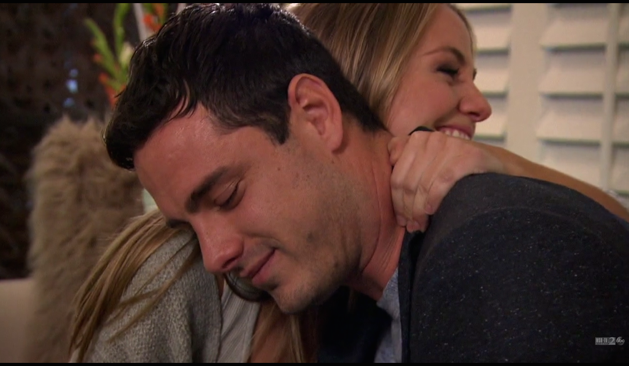 TAYLOR: Caila is next up on the hometown dates and her turtleneck vest combo is just as confusing as her comments about her and Ben’s relationship. Her dad is the CEO of a toy company so now we know why Caila reminds us of a giggly 13-year-old. Caila’s mom told Caila to tell Ben that she loved him but Caila ignores her mom like every other 13-year-old girl. Ben leaves her hometown without knowing how Caila feels but knowing all things Pilipino thanks to Caila’s mom.

CLAY: Caila’s vibe in relation to the women left reminds me of Emily who Ben sent home. Caila is still maturing as a person. I would be surprised if she makes it to the final two. 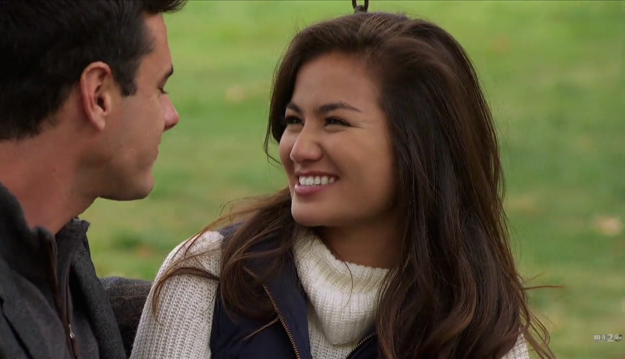 TAYLOR: JoJo’s hometown date was a lot less boring than the other three. Her ex boyfriend, Chad, sends her a dozen roses confessing his love for her. She awkwardly calls Chad right before Ben shows up so she is in tears when he arrives. Naturally seems like a great time for JoJo to tell Ben that she loves him, with tears still in her eyes from her Chad phone call. The only questions I have about JoJo’s ex is if he is the one who bought her that Cartier bracelet that I cannot stop obsessing over. She takes Ben to meet her family and immediately JoJo’s brothers play the role that the producers told them too: crazy, overprotective, jerk. The have to tell her how crazy she is to be in love with someone who she has been on two dates with, and no one is arguing with them. At least someone is speaking the truth because the mom has zero concept of how the show works, partly because she has been drinking wine straight from the bottle all night. JoJo had to tell her that Ben had three other girlfriends at the moment so why not continue to chug?

CLAY: The whole date was excessive. Her brothers made me uncomfortable and I’m not in the mix to date JoJo. I like her though and see her as the main competition to Lauren right now. 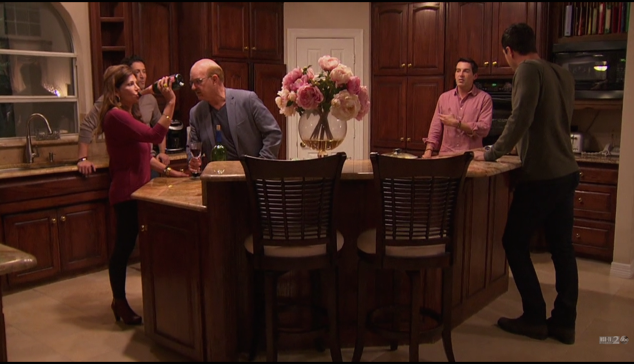 TAYLOR: Sadly, Amanda goes home and America yells at their TVs because Ben is a terrible person. Amanda isn’t even ugly when she cries during an exit, but Ben kind of is and he can barely keep it together when she leaves.

CLAY: We all saw this coming. Amanda appears to be a chill, well put together human being. She’ll bounce back and hopefully find an amazing guy to build a life with.

TAYLOR: Next week we get to watch Ben tell two girls he loves him in hopes of them being down for some kind of sister / wife situation. I cannot wait for that drama.

CLAY: Me either. From Lauren’s brothers getting Ben at the end of the episode about the “Fantasy Suite” to the red dress JoJo slayed at the rose ceremony tonight, next week should be even more entertaining.