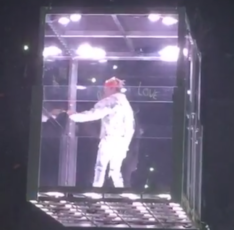 Justin Bieber is currently on the North American leg of his tour celebrating the monster release of his latest studio album, “Purpose.”

I’ve talked to multiple PSBPopCulture.com family members who have or will made their way to one of the tour stops as well: Lindsey Corsaro, Rob Hicks, Peyton Little, Jessi Nelson and Morgan Rich.

Taylor Johnson joined me to take in the first of back-to-back Bieber concerts at Atlanta’s Phillips Arena. Here’s a look at the highlights of the show including Ludacris joining Bieber on stage.