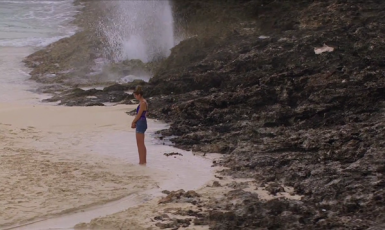 This week’s version of Olivia: Victim Olivia. She says that she is the victim of bullying because she reads books and likes to talk about smart things. But then uses phases like “come at me bro”, so who are we really going to believe (Not you, Olivia).

Jennifer goes home and says “I just don’t think Ben really knew me” well Jennifer, America and Ben didn’t really know you. Poor girl. At least she didn’t sob her way out of the mansion and still has her dignity in tact.

This week Ben takes the girls to the Bahamas. Finally a trip worth signing up for this show.

Caila is the first to get a SECOND one on one date. Cue Olivia dagger eyes. Ben grills Caila about the other girls on their date, but shoutout to Caila for not throwing anyone under the bus. Ben comments on the fact that Caila smiles too much and doesn’t have meltdowns and cry like any other normal girl, what a terrible trait to have. Caila manages to confuse Ben just enough about where she stands with their relationship that he just gives her a rose just to shut up. 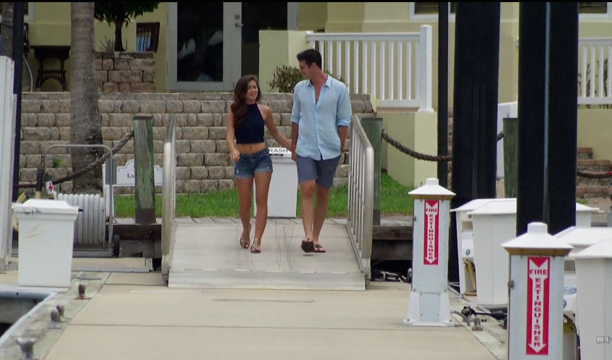 All the sudden we know who Leah is for something other than her bad fashion. The girl has a meltdown in the bathroom when Caila gets a second one on one date before she gets her first. She says “I don’t even know why I’m still here” and honestly we can’t disagree with you Leah. We just learned your name 5 minutes ago.

The group date is what appears to be a nice quiet boat ride with Ben but it turns into a romantic swim with pigs. Some of the girls get attacked by pigs in the water, and I know what you are thinking and no Olivia didn’t show up. Ben quickly realizes how awkward things are when 6 girls in bikinis are on a date with him. Even more awkward is how much I find myself typing Leah’s name but the girl just wont stop crying. Leah throws Lauren B under the bus to try to get herself a slim chance of getting a rose this week. Then lies about doing it and completely forgets this stuff goes on national television. Leah tries to do damage control by sneaking into Ben’s room in the middle of the night, Courtney Robertson style, minus the model status. Leah’s plan epically backfired on her and Ben sent her home. Leah we all knew you were making a mistake that night as soon as you put on that terrible white ruffled shirt and jorts.

The epic two on one, Olivia vs. The Twin. Good job Bachelor producers. Olivia tells us that she will be Emily’s mom on the episode because she is so young. Side note to all of this is that they are both 23. Emily sees Olivia putting on a one piece so she pulls out who most cleavage bearing bikini top. Olivia’s strategy: emphasize how “intellectual” she is and that she reads a lot because the twin doesn’t. Emily’s strategy: cleavage bearing bikini and telling Ben that she wants to grow up with him. Sex appeal wins. Emily defeats her and saves the girls from evil Olivia for the rest of the week. She is so hated that they leave her stranded on an island in the middle of what looks likes a hurricane.

Emily vs Olivia on the 2 on 1 date. Emily frantically packs her purse with her butcher knife. #thebachelor pic.twitter.com/uUHggIO0Ut

Ben cancels the cocktail party because he is confident enough of who he is going to send home on the dreaded ride with Leah and Olivia. Unfortunate other Lauren gets sent home early from her vacation. He was probably still scared from that image of her waking up that retainer in.

I am curious how entertaining the show will be from here on out because Lace, Jubilee, and Olivia are gone. Hopefully someone else loses their sanity.