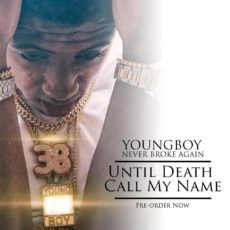 Youngboy Never Broke Again appears to have next up on the rap scene. His song “No Smoke” has seen airplay nationally and he’s looking to follow that one with previously released tracks “Outside Today” and “Solar Eclipse.”

The gem of the album slated to release next month might be the brand new track “Right or Wrong” featuring Future. Youngboy talks about dealing with the gambles that have had him in trouble with the law over the past couple of years and his sons amongst other topics. Meanwhile, Future gets back to his early 2017 flow that produced two No. 1 albums.