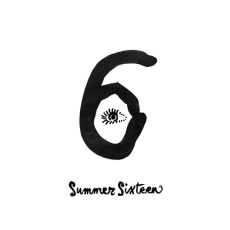 Drake is claiming 2016 as his year as his next album will be released in April. The Canadian artist, who is featured on Rihanna’s new single Work is getting into album mode, announcing his long-awaited fourth solo LP, “Views From the 6” is on the way.

Expected to arrive later this year, Drizzy gives fans a preview of what to expect on Views, premiering a new street single, “Summer Sixteen” on OVO Sound Radio on Beats 1.  Slide over to iTunes/Apple Music to purchase or stream “Summer Sixteen” which is produced by OVO in house beat monsters Boi-1da, 40, and CuBeatz.

CLAY’S TAKE: I was sitting courtside watching Kansas State last Saturday night when our PSBPopCulture.com Team Member, Jordan Davis, messaged me about this track. Let me say, I played it 20 times on the way from Manhattan back to Kansas City that night. Drake spared NO ONE on this. He touched Barack Obama with a line, “my verses are like the whips that you ride in, they’re bulletproof.” Drake then reengaged Meek Mill after winning this summer’s battle versus the Philly-based rapper. “I let the diss record drop, you were staying right below me (at the Four Seasons hotel). We must have played it 100 times, you were going to bed. Why would I wear a vest, you’re supposed to aim for the head?”

He even got a quick jab at Kanye West. “My pool is bigger than Kanye’s. Kanye’s pool is nice, mine’s just bigger is what I’m sayin.”

With Views from the 6 on the horizon, it will be interesting to see if Drake continues his “Shots Fired” campaign.

Listen to Drizzy’s announcement on OVO Sound from Beats 1 Radio on Apple Music below.

Donte’ Grant is a contributor to PSBPopCulture.com. Grant, a 10-year music industry veteran, a former A&R at Atlantic Records, Jeezy’s CTE label, and founder of TheOrganizedGrind. Follow him on IG @MuchoDineros and Twitter @dinerojones.