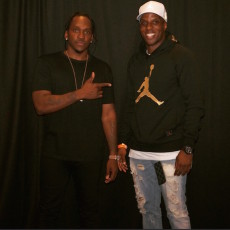 ATLANTA – Pusha T is one of the rap game’s premier veteran acts. He came to Center Stage last month to perform on his “Darkest Before Dawn: The Prelude” Tour. The Virgnia native has had a surge as of late signing an endorsement deal with adidas and being named President of Kanye West‘s G.O.O.D. Music label. From bringing out The-Dream to running an hour-long set with no hype man, Pusha T delivered in a major way for the packed house.

Here’s a look at the night from my Snapchat Story: